Cardinals, he won the 2011 World Series over the Texas Rangers. He has also played for the Italian national baseball team in the World Baseball Classic.

Punto had his best full season in Minnesota during the 2006 season when he batted .290 with 45 runs batted in, and posted 17 stolen bases in 135 games. 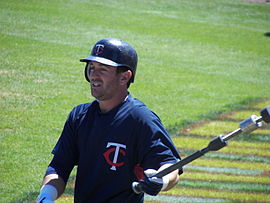 Punto played in 65 games with the Red Sox in 2012, he hit .200 while starting games at second base, third base and shortstop. He also appeared in five games at first base.

Punto represented Italy in the 2013 World Baseball Classic in March 2013.